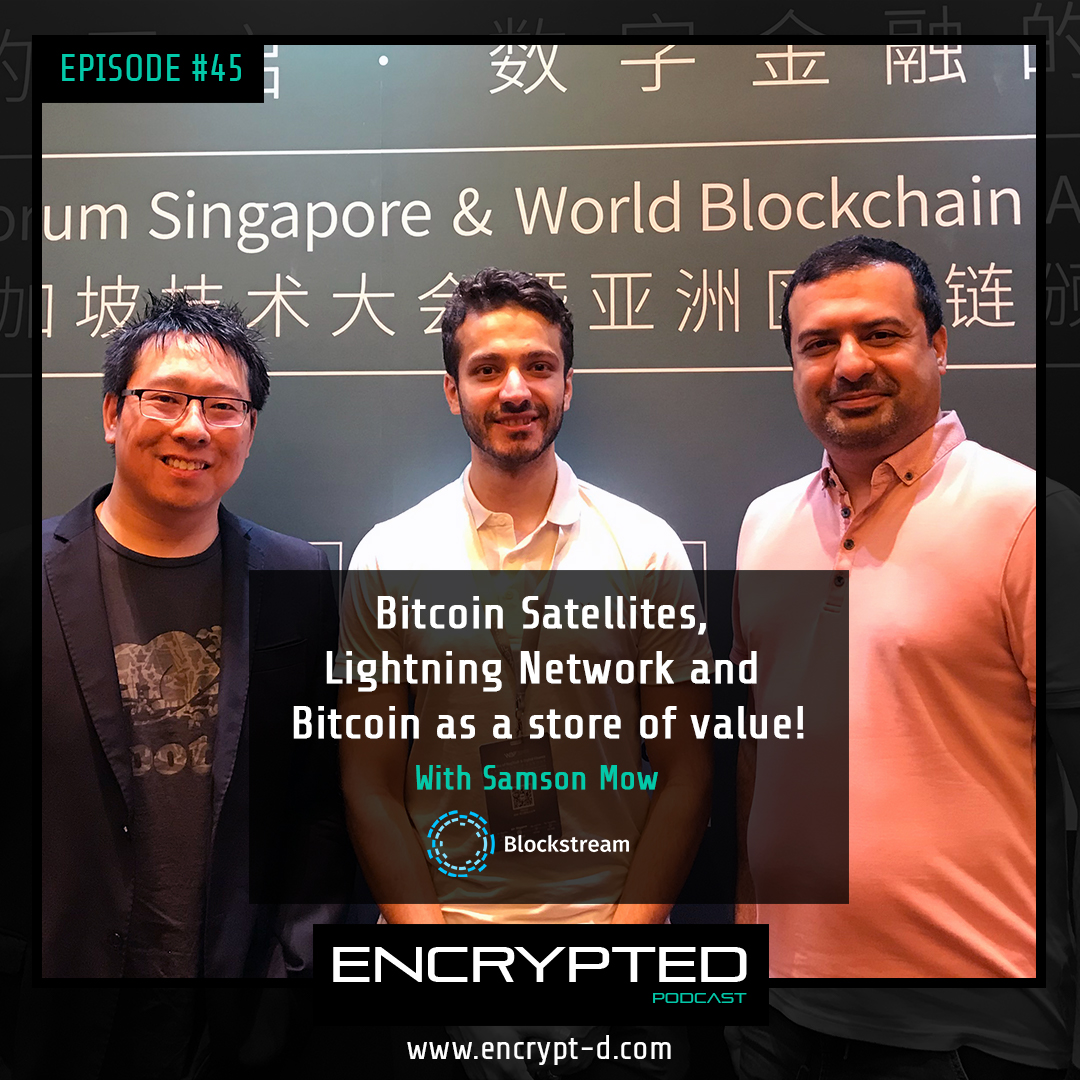 Ahmed and Dr. Marwan Alzarouni from the Dubai Blockchain Center went to Singapore to attend and speak at the World Blockchain Forum.

In this episode, Ahmed and the special co-host for this episode, Dr. Marwan, catch up with Samson Mow who is the CSO at Blockstream, a bitcoin infrastructure company.

Having spent two years in China working for BTCC, Samson reminisces over his time in Shanghai and goes over what it’s like working in a Chinese exchange in a relatively early period in the industry. We then move on to talk about Blockstream, and how they are building out bitcoin infrastructure.

Blockstream is known for its product Blockstream Satellite (what the hell does this have to do with bitcoin?!). No, it’s not a bitcoin node that they launched into space, but rather a satellite that is in space to allow more access to bitcoin where the network broadcasts the bitcoin blockchain around the world 24/7 for free. This means less dependency on internet access to broadcast transactions and according to Samson, adds extra resilience to the bitcoin network through network stability and cost savings.
Samson explains the methodology and rationale behind why they launched a satellite and how it works. Dr. Marwan follows up on extra technicalities on the Satellite and if there are applicable applications to third world countries.

Samson then goes on to talk about the Lightning network, what it is and also applications of it in third world countries. The discussion slowly diverts to bitcoin as a digital asset and what form it would take once the lightning network becomes mainstream. If bitcoin is digital gold now, would bitcoin become a medium of exchange when the lightning network goes live? Samson takes an interesting approach saying that bitcoin is everything and has multiple use cases.

Since Samson’s background is in gaming, Ahmed picks his brains on how blockchain can be applicable to gaming and to declutter the hype from reality on what’s possible and not.

All this and more is discussed in this week’s episode of Encrypted!

Also, the legal bits for the soundtrack used in the podcast:
Music Credit: LAKEY INSPIRED