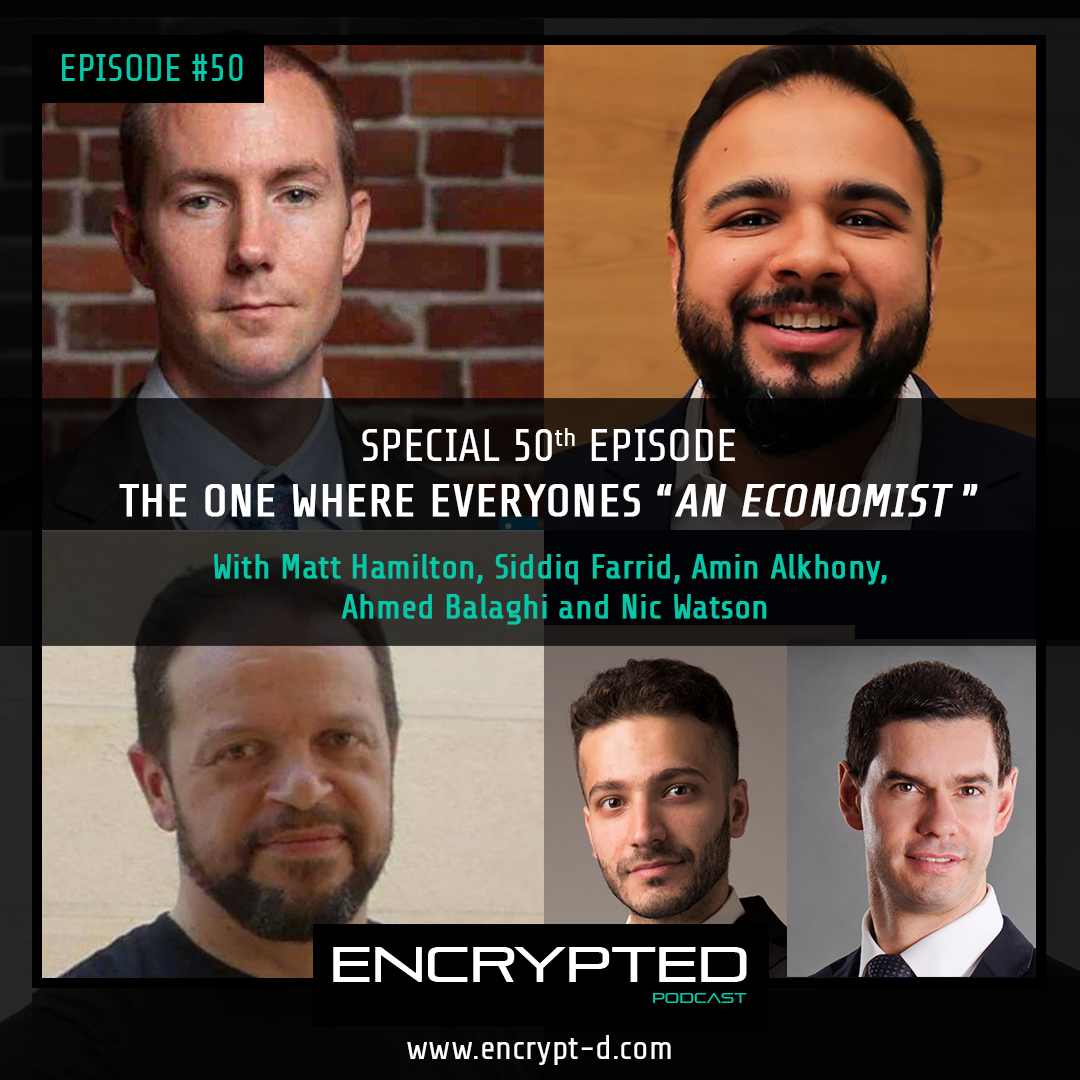 It’s our 50th episode anniversary!!! In this episode, Nic and Ahmed are back to co-hosting together, and for this special milestone, we have a special topic in store.

The first topic is all about crypto or fiat, examining traditional currencies and what sound money could look like in the future. Amin and Ahmed look from a historical point of view whereas Matt and Siddiq look at this from a technological perspective.

Amin gives fascinating ideas around how commercial banks can possibly innovate when central bank digital currencies do become a reality. In this scenario, will consumers be in the driving seat if there is an efficient allocation of money and capital from the central bank to the consumer and then the consumer decides which bank they can deposit their money, effectively leading to dynamic and competitive interest rates and pricing?
The discussion continues into the concept of money vs gold, and how consensus plays a big role in whether a currency is accepted or not.

As a limited supply of a currency can bring certain stability to that currency and an economy, Nic argues that leveraging has created an enormous amount of wealth and is thus a key factor in the economy. However, we see huge amounts of inequality in wealth and income distribution with only a tiny percentage of the world population managing to amass most of the generated wealth. Amin sees it from a different perspective where the distribution of money supply is not distributed properly and thus income and wealth inequality can arise.

As the economy is globally slowing down, the gentlemen speak about an impending recession and look at history lessons to try and dictate the future. Matt speaks out against negative interest rates and explains how the U.S. is currently experiencing it and what he expects the Fed’s reaction will be.

Nic then asks the guests to predict what the future will look like in 15 years! Check out what they had to say.

All of the above and more will be on this week’s episode of Encrypted!

If you liked what you heard, please do leave us a review on iTunes and the other platforms. Don’t forget to support us by spreading the word!