#Ep. 52: The TikTok vs Baidu Court Case, Switzerland as a Blockchain Hub and why Homeschooling rocks! 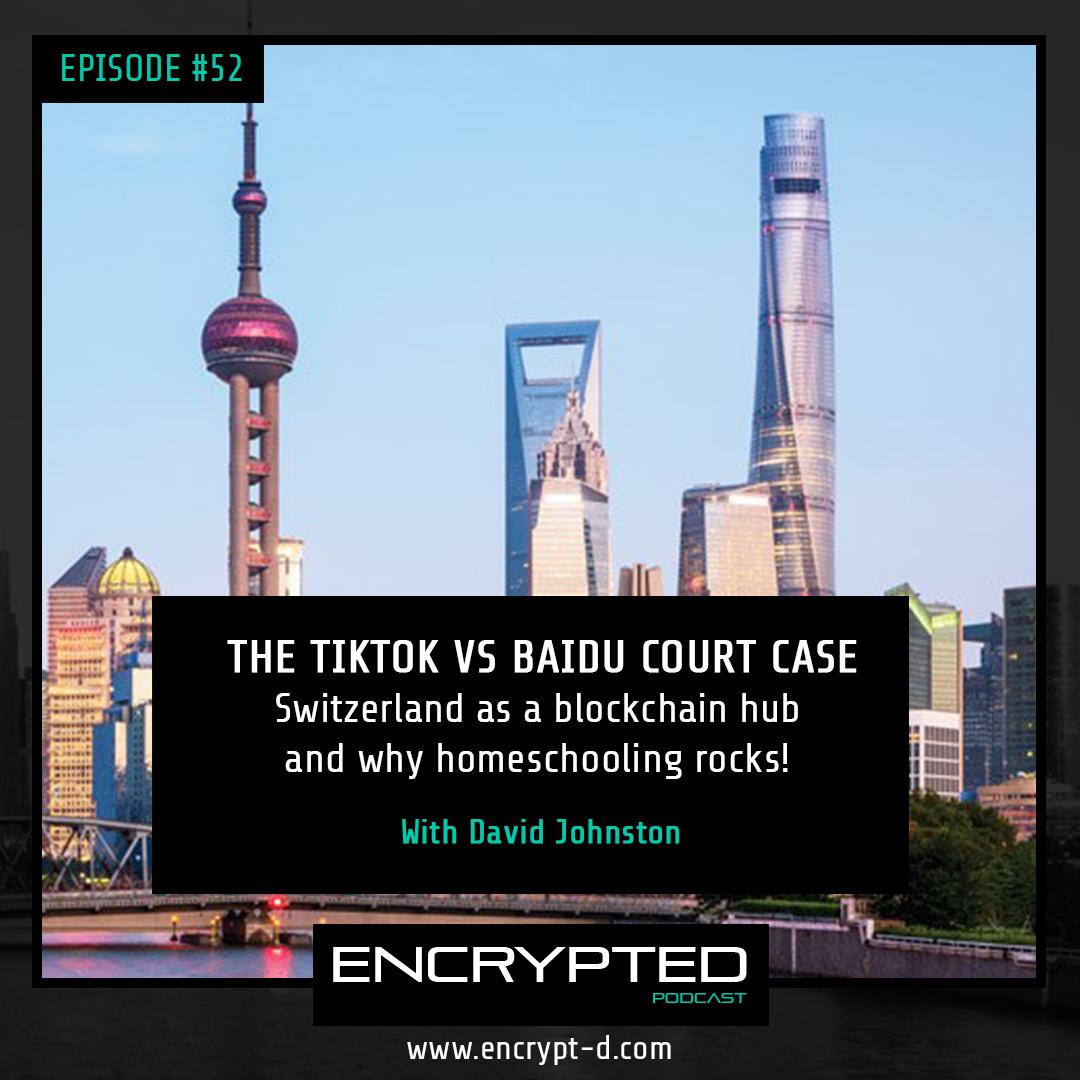 Ahmed jetted off to China for the Shanghai Blockchain Week and in this episode, he is joined by an old friend of his, David Johnston. David is literally an OG in this space getting involved as early as 2012 and has contributed in more ways than one since joining. He is currently the Chairman of Factom and the Managing Director of Yeomans Global Capital.

The two dig deeper to explore what use cases we are seeing today that is both decentralised and has some credible adoption behind it. Other than Bitcoin, of course, David goes onto explain how Factom, a decentralised blockchain that anchors into bitcoin and ethereum, has secured hundreds of millions of business records and cites a couple of uses by real companies using Factom as a way to record business documents. This is where the amazing TikTok Baidu case was revealed by David. You definitely don’t want to miss this interesting court case story, oh and the supreme court of China was involved too.
David goes into what Factom is and why it exists claiming that it solves as many problems as bitcoin does as its core focus is on record keeping which allows for strong transparency and accountability.

Ahmed shifts the conversation to see David’s opinion on which jurisdiction is the best for blockchain and crypto. In his words – ‘Switzerland. Hands down’. Ahmed, a bit shell shocked dove in to understand why David thinks Switzerland is the hotspot for blockchain and David urges blockchain projects should consider moving to Zug, which is dubbed as Crypto Valley.

David further shocks Ahmed when Ahmed asks him Bitcoin or Ethereum. David chooses Ethereum for a number of reasons – Do make sure to listen to hear why!

Before the end of the show, the pair go off on a completely random topic – Homeschooling. As David mentioned he was homeschooled, Ahmed was intrigued to find out what is homeschooling about, hows it different from public schooling and why parents make the decision to homeschool their children.

All of the above and more will be on this week’s episode of Encrypted!

If you liked what you heard, please do leave us a review on iTunes and the other platforms. Don’t forget to support us by spreading the word!